2,500 languages threatened with extinction: UNESCO, PARIS (AFP) – The world has lost Manx in the Isle of Man, Ubykh in Turkey and last year Alaska’s last native speaker of Eyak, Marie Smith Jones, died, taking the aboriginal language with her.

Of the 6,900 languages spoken in the world, some 2,500 are endangered, the UN’s cultural agency UNESCO said Thursday as it released its latest atlas of world languages.

That represents a multi-fold increase from the last atlas compiled in 2001 which listed 900 languages threatened with extinction.

But experts say this is more the result of better research tools than of an increasingly dire situation for the world’s many tongues.

Still there is disheartening news.

There are 199 languages in the world spoken by fewer than a dozen people, including Karaim which has six speakers in Ukraine and Wichita, spoken by 10 people in the US state of Oklahoma.

The last four speakers of Lengilu talk among themselves in Indonesia.

Prospects are a bit brighter for some 178 other languages, spoken by between 10 and 150 people.

More than 200 languages have become extinct over the last three generations such as Ubykh that fell silent in 1992 when Tefvic Esenc passed on, Aasax in Tanzania, which disappeared in 1976, and Manx in 1974.

India tops the list of countries with the greatest number of endangered languages, 196 in all, followed by the United States which stands to lose 192 and Indonesia, where 147 are in peril.

Australian linguist Christopher Moseley, who headed the atlas’ team of 25 experts, noted that countries with rich linguistic diversity like India and the United States are also facing the greatest threat of language extinction.

Even Sub-Saharan Africa’s melting pot of some 2,000 languages is expected to shrink by at least 10 percent over the coming century, according to UNESCO.

On a brighter note, Papua New Guinea, the country of 800 languages, the most diverse in the world, has only 88 endangered dialects.

Certain languages are even showing signs of a revival, like Cornish, a Celtic language spoken in Cornwall, southern England, and Sishee in New Caledonia.

Governments in Peru, New Zealand, Canada, the United States and Mexico have been successful in their efforts to prevent indigenous languages from dying out.

UNESCO deputy director Francoise Riviere applauded government efforts to support linguistic diversity but added that “people have to be proud to speak their language” to ensure it thrives. 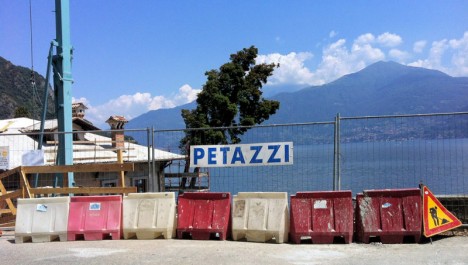